I said we were going to post more often about the development of the game so here goes nothing !
We had a bug that allowed the laser to destroy enemies behind another enemy on very particular occasions (it only did it on the Claws boss from the faraway sector…the laser was able to destroy the homing bullet when hitting the boss).

With all this solved, i am back to enemy and boss design, notably new enemies (new type of enemies that are on the ground and don’t collide with the player ship but still get hit by bullets and fire bullets as well) and some boss logic for the Cylon sector.
I am hoping to have the boss finished and the enemies well on their way by this time next week.

We will be updating the alpha demo with the solved bugs (Claws bugs…the laser thing and the fact that he was both too easy and not invulnerable when arriving) shortly! Probably tomorrow or Friday.

The greenlight campaign for DreadStar: The Quest for Revenge is up !
You can vote for the game here:
Steam Greenlight

There is also a new trailer video that you can watch:

It has been quite a busy month and i have to admit i haven’t updated the website enough (tried some twitter plugin to autopost but it didn’t end well xD), but it is a struggle to manage facebook, twitter, google+, indieDB, steam and all those together. I will try to post more as development goes on.
Right now, we are working on finalizing the alpha demo that will include the first level (complete first level!).
Stay tuned for more news on that in the next few days and weeks. 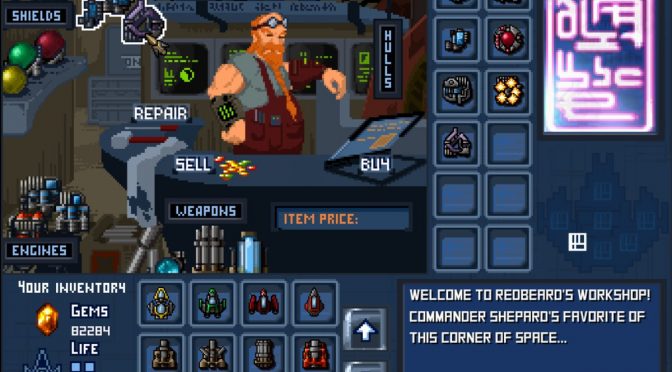 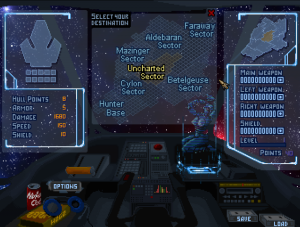 Hi !
Here are some news and fresh images from the game and new tools:

The Tyrian elements are slowly being eradicated and replaced by their newer forms ! 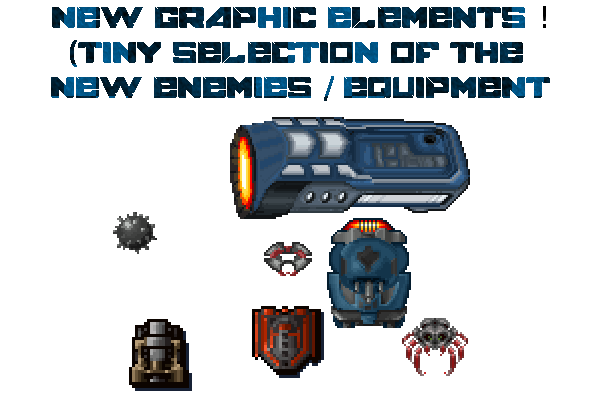 So far the work is progressing steadily and everything goes well. We are working on the last elements to finish the demo version that will be posted on specialist forums to get feedback on the gameplay, ui, etc.

I made a new tool for the game to help design movement for the enemies/bosses: 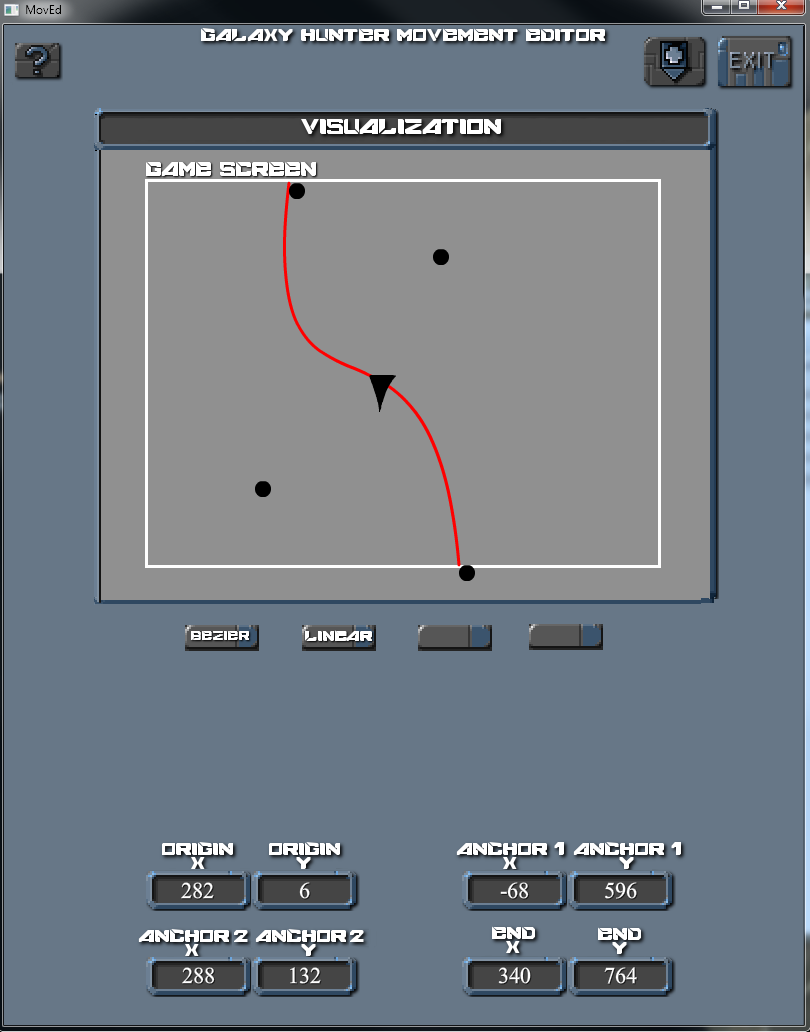 And finally, here is a picture of the way i can design levels with the new level editor: 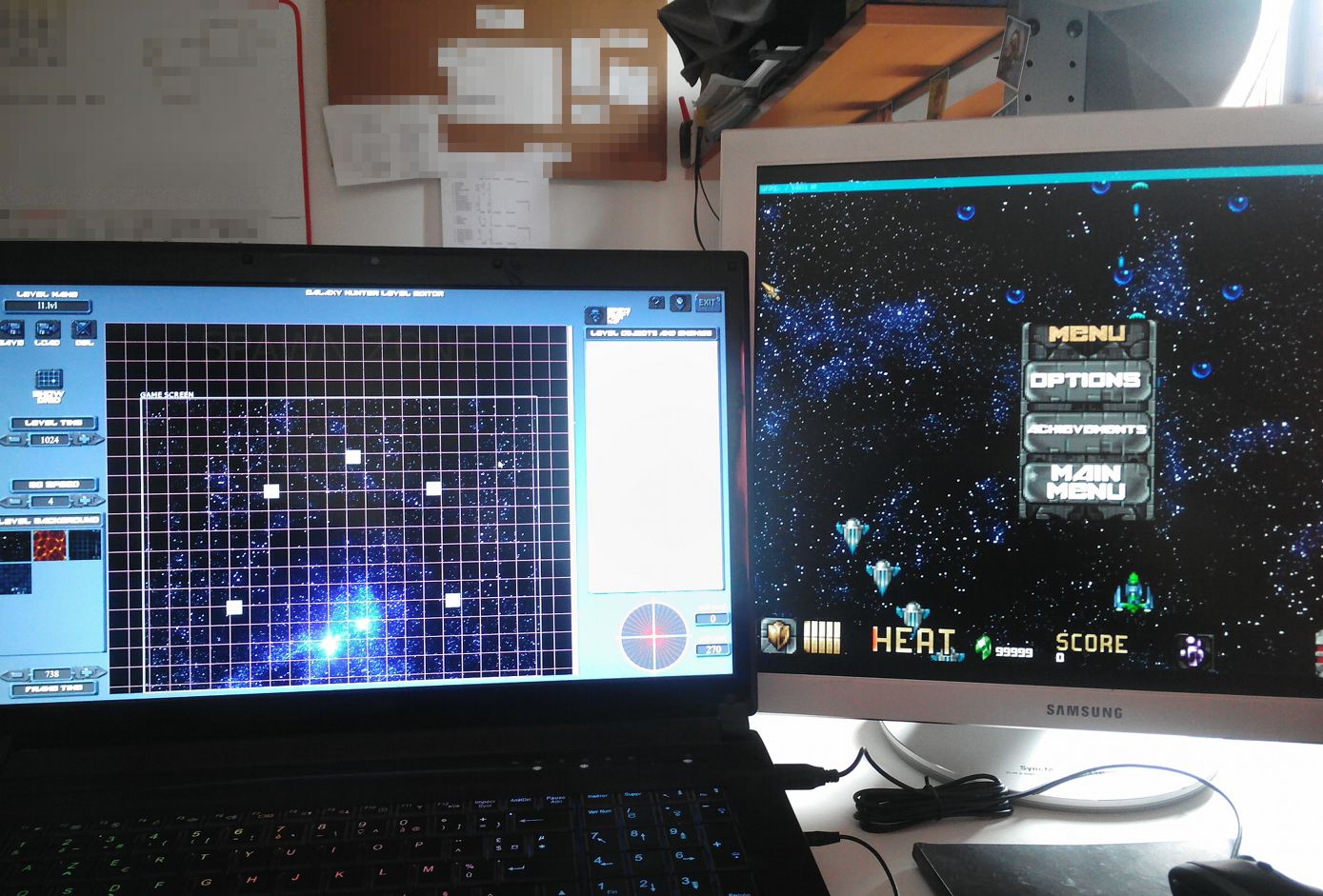 Hello !
Pretty big news as Clemenc, the graphic artist with whom i was working with on the cutscene art has decided to join me and rework most of the game’s graphic elements (most notably, everything that came from Tyrian). So we are now 2, working full time on the game ! It should improve steadily…

And finally some fresh news from the game! I haven’t had much time since we decided to work together with the graphic artist to post news but there has been good progress. Squashed some (hidden) bugs and the level editor is fully functional. It will require some improvement to be shipped with the game but for now (the level design part), it will do!
Here is a sneak peek (enemy/objects list wasn’t full obviously ^^ ): 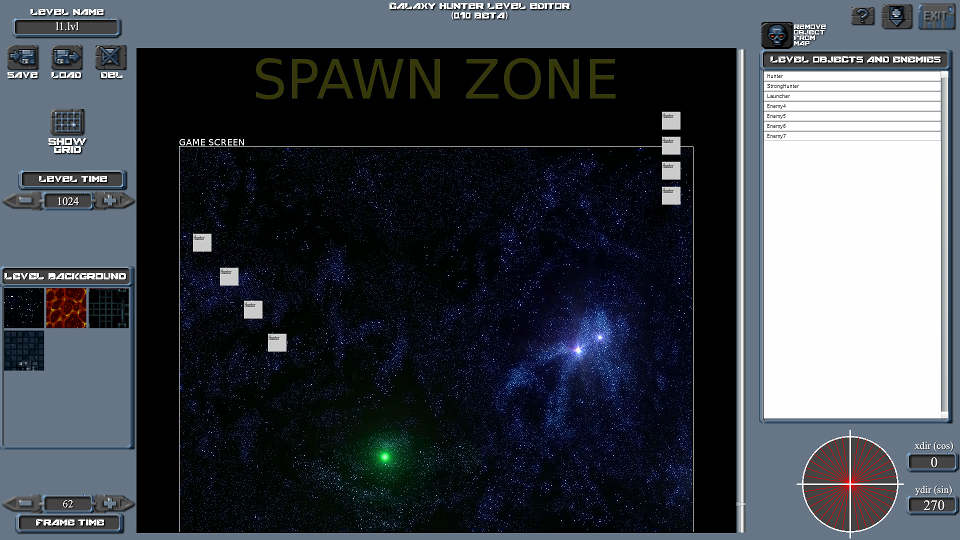 Stay tuned as i will soon post some of the new items/enemies designed by Clemenc !

Hi !
I have had some difficulties connecting to the net as i still don’t have a fix connexion at home (it should be fixed soon, though).
Here is the current progress on the level editor:
I still need to add the ability to load levels, enemies movement (so you can see exactly what is happening anytime during the level) and some minor tweaks to make it easier too.
At some point, i will replace the placeholder graphics by the real ingame sprites but that will have to wait for now as i am focused on the demo rather than polishing the level editor.

New update will be sometime next week. Hopefully i will have my connexion fixed by then.
Stay tuned ! 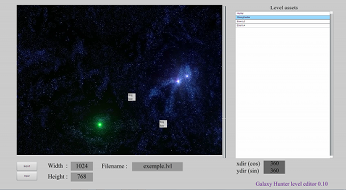 Hi !
I am now starting a devlog about Galaxy Hunter.
This will help me focus on the development of the game and give news to anyone interested in the game at the same time !

So get prepared for much more news…starting NOW !